Given that you are a swimmer, where would you expect to achieve your best swimming speed, the English Channel or an Olympic Swimming Pool? Some may argue that it would be the former, if you were chased by a shark, such motivation would be hard to beat. Others may argue that the latter would provide optimum conditions for you to perform at your best as long as you are a “Self-Starter”.

Revisiting the First Industrial Revolution (IR1) some 250 years ago, the Self-Starters gravitated to Entrepreneurship. They were the folk who found a way to express their creativity and endeavour to the benefit of all, but possibly most importantly to themselves. It was largely education that stimulated and certainly supported the Entrepreneurship in these Self-Starters.

In what we now call the first world, some 250 years ago, education was very much a privilege, categorically denied those from poor families and hence falsely creating an illusion that genetics was an essential element of these Self-Starters. Our development since then strongly supports that Self-Starters are mostly formed by “Life-Experiences” with an extremely minor part played by genetic inheritance.

The world has mostly moved on enormously from the economic activity of IR1, wherein Innovation was the sole preserve of the Capitalist (Innovator, Investor, Owner, Manager), where an employee was given the smallest intellectual involvement possible and expected to be absolutely compliant.

Throughout the ages people have had a desire to express themselves in such a way as to leave their particular mark, be it on a cave wall, train carriage or public toilet door and of course now, more than ever before, with their advent of social media platforms, all have an opportunity to leave their digital footprint on the world. Expressing an opinion has become more generally permissible with the development of human rights and democracies in our modern society. In particular in the form of giving advice on how best something should be done. In principle, the closer a person is involved in an issue, the more they seem to want to give their advice (for free) and the more Self-Starter behaviour they exhibit to ensure that their advice works (if it is taken), and any other endeavours fail (if it is not taken).

Access to formal education is no longer a privilege but a right in first world countries. But more importantly, with particularly the 4th Industrial revolution (4IR) based on Cyber Physical Systems (CPS), has come the massive increase in access to informal learning via the Internet. Reference material, with the advantage of search engines, is so readily, easily and diversely available that with basic internet access, technically complex content can be easily accessed virtually cost-free. One thus no longer has to study for years to internalise the knowledge, merely know how to resource it and swiftly one can become knowledgeable on almost anything. Gaining knowledge has become far less disciplined and much more exploratory which has grown the adventurist, Self-Starter characteristic in an increasing proportion of our emerging generations.

The innovative culture of the new-age high performing IR4 organisations is most marked. It is these innovative Self-Starters at all levels and across functions that are most accountable for the phenomenal performance within these organisations. Alas this “Greenfield” performance is seldom matched by that in the “Brownfield” organisations.

Self-Starters need to have a sense of both “can-do” and “want-to-do”. Getting to can-do involves both the ability and authority to-do. Getting to want-to-do involves vision and anticipating desirable outcomes (which may include removing any negative condition). Both appropriate leadership and people selection are critical to create the optimum Organisational Culture for Self-Starters to flourish.

So here we have it:

ECONOMIC ACTIVITY DRIVES IMPROVED QUALITY OF LIFE FOR ALL.

The following actions can help your organisation grow an Innovative Culture:

BIG PICTURE (business of business), make sure everyone in your organisation understands what economic activity does for quality of life, directly and indirectly, for individuals and the community at large in which it takes place.

DIRECTION (business of your business), it is essential that your company’s “Big-Picture” is supported by your people. Leadership in any organisation has to have credibility and respect to engender a following.

SYNERGY (the whole is greater than the sum of the parts) everyone needs to be focussed on their contribution to the big picture, in particular through using their Collective-Brain.

SYNCHRONY (cogs within the machine), making it easier for self and others to achieve.

INNOVATION (change for good), improving on the current, inventing what does not exist, to create ever increasing customer value.

SCORECARDS (similar to an “and-on” tool, definitely NOT micro-management) alert up down and sideways when assistance is required and also to trigger celebrating successes.

I am yet to find employees who actively wish their organisation to fail! I have however found many instances where employees would have liked to see their management fail, in every instance there was a lack of management ability to activate the Self-Starter within those employees. 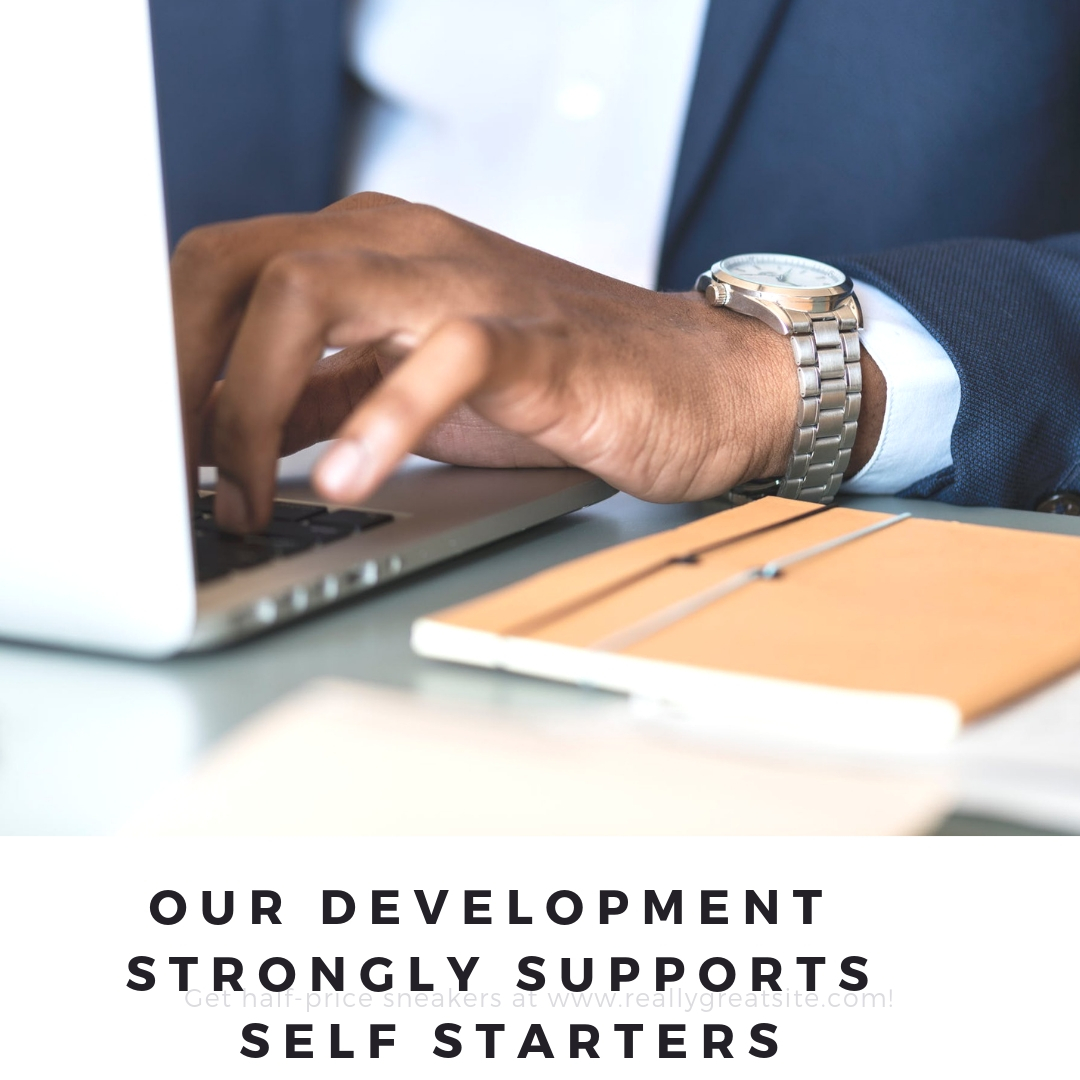